Monitoring apps: How the Internet of Things can turn your boat into a smart boat 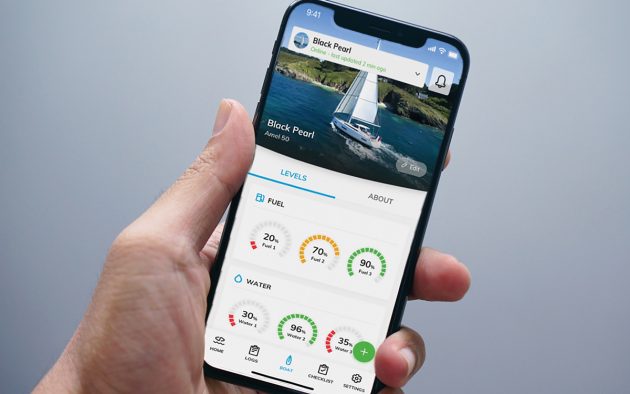 Wireless sensors linked to smartphone apps are making it easier than ever to check up on your boat, wherever you are.

Who is it for?

Any owner who wants to know how their boat is faring while they’re either on or away from it.

Although there has long been plenty of talk about smart boats on which a multitude of data is captured and analysed, this is a long way from being mainstream. Nevertheless, there are a number of generally small and young companies that are actively working in this field.

At its most basic a system might offer basic remote monitoring of just five core functions: GPS position, bilge alarm, smoke (i.e. fire) alarm, battery voltage, and intruder alarm. Although very few yachts have even such a basic system – at a guess a fraction of one per cent – it’s a hugely appealing concept.

I’m writing this on my cruising yacht in the Aegean, a boat I keep deliberately very simple to minimise downtime for maintenance. However, when I’m at home, 1,500 miles away, it would be massively reassuring to know that I’d be notified of any problems, together with periodic ‘all OK’ messages that confirm the monitoring system remains operational. 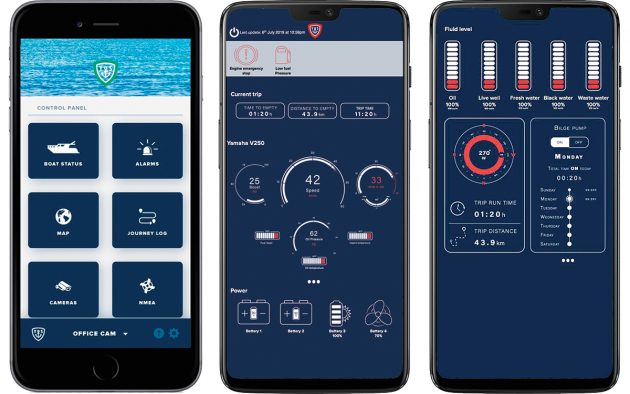 These are all basic functions of the much-touted Internet of Things – objects with embedded computing devices that enable them to send data. The GoFree Vessel system from Navico’s GoFree division, for instance, monitors a wide range of parameters, including information such as engine hours, battery status, oil pressure, coolant temperature and fuel consumption, and more.

It can also be interfaced with up to five security sensors, battery voltage and NMEA2000 networks. Subscription costs vary from a free WiFi-only basic monitoring system to $25 per month for greater functionality. There are also satellite data options.

Sentinel Marine has also recently announced a partnership with Hanse Yachts in which the company’s telematics are integrated into each of their boats to deliver a ‘boat with an app’ experience, called the MyHanse Safety Cloud.

This includes boat monitoring, an eLogBook and eServiceBook, while further apps are at the planning stage. Sentinel Marine also supplies similar systems to Beneteau’s First series and has further partnerships with Garmin and Torqeedo.

Sensors are wireless, which helps reduce set up time to a minimum, while 3G/4G data is included for the first two years. After that subscriptions cost just £50 per year. There’s also an option to use satellite data if conventional mobile networks are not available. Pricing starts at £349 for a pared down version, through Bronze, Silver and Gold packages at £599, £1,139 and £1,379 respectively, including VAT.

How far is it possible to take the concept of an intelligent boat? Belgian company Sailsense Analytics has developed a system that employs artificial intelligence and in-depth analytics to provide what it says is the most advanced boat monitoring system. 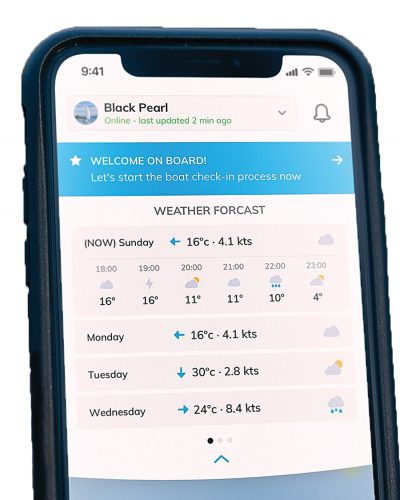